Karen Martini is an award-winning chef, restaurateur, author and television presenter. Her food message is drawn from her professional cooking career, her Tunisian-Italian heritage and from the challenges of feeding nutritious and stimulating food to her young family.

Karen was the founding chef at the critically acclaimed Melbourne Wine Room and Sydney’s Icebergs Dining Room and Bar.

As executive chef of both restaurants, she held two chef’s hats in Sydney and Melbourne, and won, with Icebergs, the 2004 Best New Restaurant Award from The Sydney Morning Herald. After 15 years at The Melbourne Wine Room, Karen and her partner Michael Sapountsis sold in 2011 to pursue new projects. Karen and Michael still own and run St Kilda’s much-loved pizzeria mr.wolf, which they launched in 2004.

Karen was the food editor for The Age’s Sunday Life Magazine for six years, and the food editor for The Age’s Epicure/Good Living lift-out for five years. She is joining Good Weekend as a food columnist from July 2019 and has contributed several articles to The Australian, and is the author of the cookbooks, Salads & Vegetables, New Kitchen, Home, Everyday, The Karen Martini Collection, Feasting, Cooking at Home and Where the Heart Is. Karen is currently working on a major book project with Hardie Grant, which is due for release in 2020.

For over a decade, Karen has been the resident chef on Australia’s longest running lifestyle television series, Better Homes and Gardens, along the way sharing in seven consecutive Logie Awards. Karen appears as a regular judge on Seven’s hit reality cooking program, My Kitchen Rules, and is the co-host of Seven’s The Intolerant Cooks, which is currently in its third season. Karen was the regular chef on Lifestyle Café, a 13-part series on The Lifestyle Channel. In 2014, Karen hosted a prime-time special, Guide to a Classic Christmas, alongside Curtis Stone, which was shot in her home, with the pair sharing recipes for their modern take on Christmas traditions.

Over the years, Karen has cooked for many charity functions, as well as demonstrating and presenting at events and festivals. She has been a key presenter at The Melbourne Food & Wine Festival and presented again in 2013. Karen was a Showcase Presenter at the 2012 Sydney International Food Festival, and, also in 2012, anchored a successful live auditorium show based on My Kitchen Rules. Karen is a crowd favourite at the Better Homes and Gardens LIVE shows, taking the audience through her popular television recipes in real time.

In 2014, Karen turned interviewer, conducting an intimate conversation with Yotam Ottolenghi live on stage at Melbourne’s Athenaeum Theatre. For Yotam’s brief visit, the pair, along with Shane Delia, also prepared a brunch for 400 people displaying their shared passion for the food of the Middle East and Mediterranean.

Karen is the Food Ambassador for Aurrum, one of Australia’s leading residential aged-care providers, designing menus, responding to feedback from residents and training the in-house chefs. And in 2018, Karen was appointed as Chef Ambassador for the house venues at the Sydney Opera House. 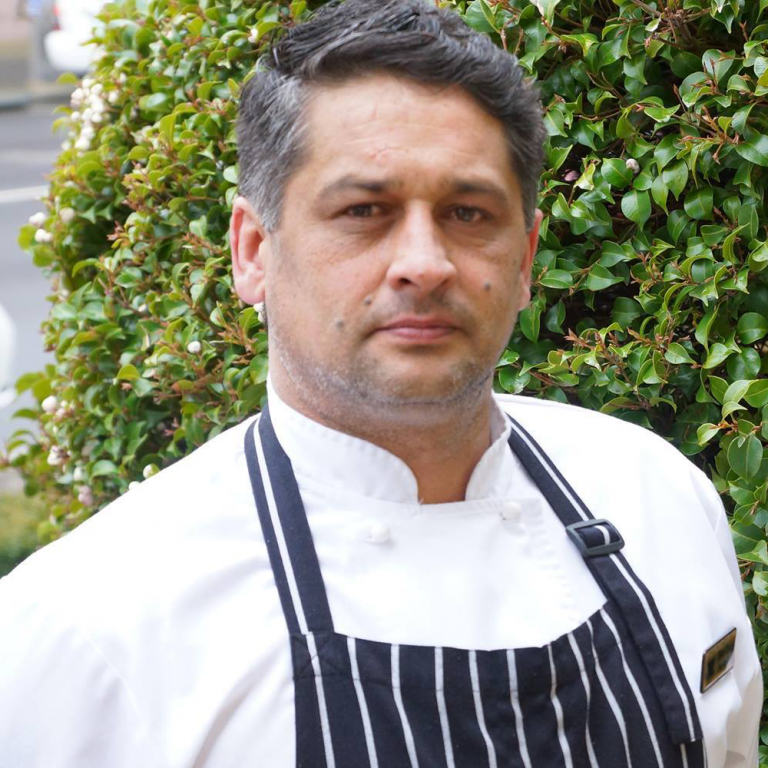 Elliott Chugg is a proud advocate of Tasmanian produce.

Elliott was born and bred in Launceston, where his passion for the culinary arts were refined at the classic and award winning, Fee and Me Restaurant. Following on, Elliott spent twelve years with P&O Resorts, to then culminating as the Executive Chef at Cradle Mountain Lodge, before joining and leading the team at Hotel Grand Chancellor Launceston for the last four years; cultivating the aromas and the palate of Tasmanian produce.

Originally for NZ, Nick Made the early career move to Sydney to learn the trade at the renowned Restaurant Forty One. After stints in upmarket eateries Otto and Coast, Nick Spent time in London at the exclusive Cuckoo Club, working with some of London’s emerging talents. Before returning to Sydney Nick was a personal chef for the Royals of Oman, cooking for HRH the Queen, along with other Royals and political leaders.

Once returning to Sydney in 2009 Nick has lead the kitchens at Public Dining Room, Steel, and La Scala, Cooking a fully spectrum of cuisine styles from Modern Gastronomy, to Charcoal and wood grill cookery, and Classical Italian.

After a recent move to Tasmania Nick is excited to be using the best quality Tasmanian produce, for the guests of the Josef Chromy Restaurant.

A love for the simple and pure cooking of each ingredient, build into something special and unique to the surrounds of the kitchen.

The strongest influences on Nicks career have been in French and Italian cuisine, the simplicity and care for each individual ingredient  that comes with Italian cooking, to the balance and technique that is the bases of French kitchens. Bringing these techniques into modern Tasmanian cuisine provides an exciting and exploratory phase to Nick’s journey as a Chef. Exiting times ahead for Josef Chromy restaurant ! 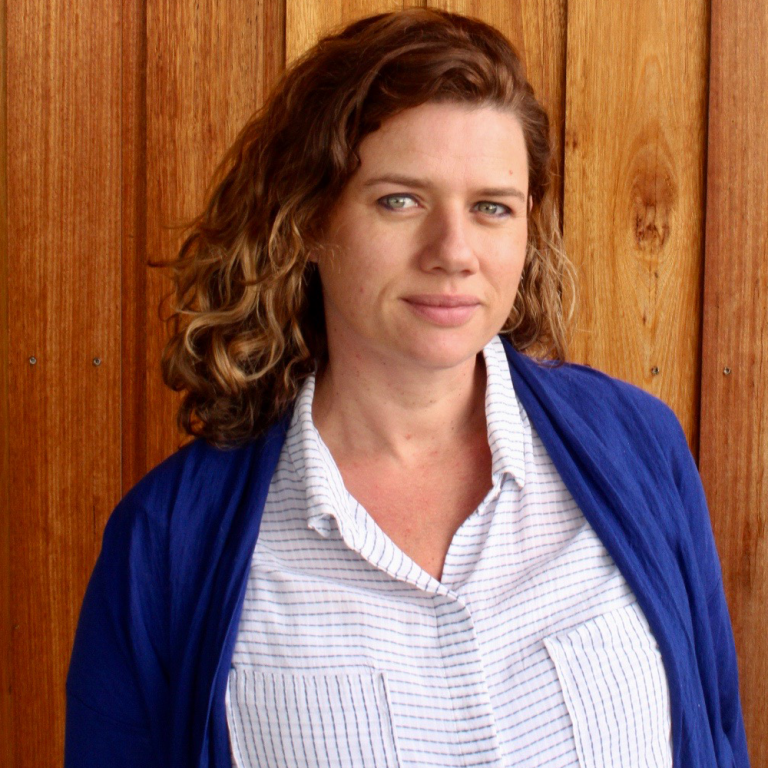 Emma Warren studied horticultural science before transferring her love of the herb garden and veggie patch to the kitchen. She moved to Spain in 2001 and immersed herself in the world of Catalan cuisine. Splitting her time between The Balearic Islands and Barcelona, she learned her first chef’s skills cooking at the popular café ‘Kasparo’, which focused on market-driven, seasonal local produce and in the summer months over in the far Eastern part of Mallorca at a boutique hotel under a Jamie Oliver protégé. Emma soon became head chef and ran the café for three years before returning home to Melbourne, Australia, to set up the kitchen ‘Hogar Español’ at the iconic Spanish Club on Johnston street in Fitzroy – a cult institution and live-music venue, where Spanish expats and local community came together.

Returning to Barcelona in 2006, Emma ended up at Hotel Rey Don Jaime in the coastal town of Castelldefels after some time with a large catering firm running food production for the cities major conventions and events. All major training grounds for learning traditional Catalan and Spanish cooking, culture and language, emphasized in her first cookbook, ‘The Catalan Kitchen’.

Back in Melbourne, over the past 6 years, Emma began working for some of Australia’s most-respected chefs and helped Philipa Sibley set up the Albert Street Food and Wine Store. Today, she works closely with Karen Martini and Matt Preston at photoshoots, food festivals, TV and live demonstrations. She recently returned to the Balearic Islands to help Karen set up her isolated Ibizan beach restaurant, ‘Cala Bonita’, featured in her latest cookbook ‘Islas – Food of the Spanish Islands’.

Adam was born and raised in Westbury, Tasmania and prides himself on investing his time and passion for the industry by using all Tasmania’s high quality produce to its full potential to highlight what the apple isle has to offer to locals and visitors alike.

Employed by Country Club Tasmania for the last 7 years, has allowed Adam to explore an array of different cooking styles, and the opportunity to work with a vast range of chef’s, learning from all to create the chef he has become and is still becoming, Adam is currently the 2nd in-charge of the Terrace restaurant and is using this position to push and explore his leadership skills.

Adam has always been driven and enjoys pushing himself outside of his comfort zone, in 2015 he won Tasmanian Apprentice chef of the Year which saw him represent Tasmania and cook in China for the signing of the Tasmanian and Chinese free trade agreement.

On top of that he has regularly competed in national team cooking competitions, including the ACF Restaurant Challenge 2018 winning silver, Battle of the Pacific 2019 winning silver, most recently at Nestles Golden Chef’s Hat Award in Sydney receiving 2 silver, 1 gold medal and most creative dish.

His motto: keep food simple, making every ingredient shine, living in Tasmania and being surrounded with so much incredible produce makes this easy.

Strong influences from fine dining and French cuisine has certainly shaped and steered his style of cookery, but his favourite cuisine will always be British, the reason their food is very homely and to Adam that is most important, to love and to be passionate within this industry you need to cook from the heart, that way your job isn’t a job it’s something that excites and pushes you throughout your journey.